Why do birds introduce our children’s music?

Since the dawn of time, birds have been number one on the song charts. Birdsong is the most gloriously inspiring natural sound on earth, the fountain of song itself. In every land birds call in the day and sing children to sleep. Everywhere birdsong uplifts the human spirit.

Walking through the trees that surrounded our secluded recording studio, the first thing we heard were native birds. The melodious tui, the fluttering and twittering of fantails, or the flapping of wood pigeons disturbed as they feed on the spring growth, birds introduced our day’s music-making.

Many of these birds are found only in Aotearoa New Zealand. They are part of the place here and a natural inclusion in many of our recordings. So it is only fitting that they introduce our music to the world’s children. Come, meet our birds! … 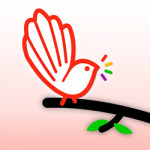 Fantail, the charming little bird on our logo, is New Zealand’s friendliest native bird. We placed rainbow colours on its fan-like, brown tail as a symbol of the happiness it brings to so many children as it follows them through the forest in delightful ongoing conversation. Piwakawaka also introduces our Dancing & Moving albums since it flutters so busily around the undergrowth that children think it’s dancing! 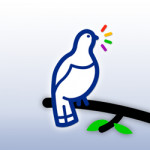 The plump, colourful wood pigeon introduces our Storytime albums. Looking up in awe at Kereru, children huddle under these large birds as they sit proudly on a branch above their heads. It seems like wood pigeon is the guardian holding the stories of a bygone era. Sit patiently and Kereru will tell you them all! 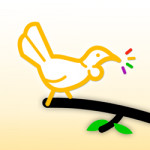 Tui is such an extraordinary singer that its name is revered in all homes across New Zealand. European settlers called him ‘parson bird’ since the male is dressed in dark robe with a white plume on his neck. But this name died out. Interestingly the word ‘tui’ symbolises ‘joyfulness’ in the ‘I Ching’ of China. With this link, and the Maori name ‘tui’ having the melodious ring of our favourite songbird, Tui is the obvious choice to introduce Singing & Fun! 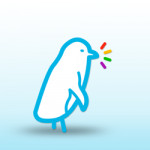 Of all birds, penguins, with their solid, long bodies and human-like walk, remind us most of ourselves. In the King Penguin we see a parent and in the New Zealand native Little Blue Penguin we affectionately see a child. Children love penguins too, the film Happy Feet seeing children identifying closely with their feathered friends. Korora, symbolising a young child curious about life and the world, introduces Learning. 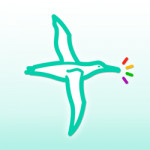 Over the centuries this magnificent seabird has given sailors inspiration and hope. Albatross is king of the air in the Southern oceans and conservationists are protecting their breeding colonies here on New Zealand shores. We chose Toroa to introduce Developing Imagination: its huge wings spreading wide across the mysterious blue depths - the ocean of imagination. 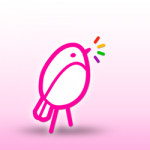 This little jewel of a bird reminds us of the ‘jewels’ sparkling within each child; the gift of character. This particular robin is found only in New Zealand, symbolising the way we need to hold precious the things that matter. Introducing Building Character, Toutouwai helps us bring out the best in ourselves and in our children. 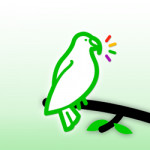 Kea is the world’s only alpine parrot; a bold and cheeky bird when humans enter its habitat. We chose kea for Exploring Nature, enjoying the irony that kea is notorious for ‘exploring humans!’ On returning from a walk in an alpine national park, children are delighted to discover kea has audaciously used it strong beak to remove parts of the family car!

But children! Though our ‘Exploring Nature’ albums encourage you to adventure into the natural world, we hope you’re not as naughty as kea! 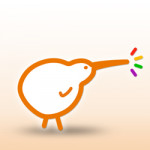 ‘Kiwi’ is a nick-name for New Zealanders, and the name of our extraordinary national bird. Here in New Zealand, seeing kiwi is a rare and treasured event. We are proud that this flightless night bird reigns supreme despite all odds. Isolated and proud as we are down here in the South Pacific, Kiwi is the obvious choice to symbolise Celebrating Cultures; each nation’s heritage, beginning with New Zealand’s indigenous Maori culture. 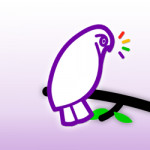 The magical sound of our native owl, Ruru, sings many lucky New Zealand children to sleep. Often Ruru is echoed by another in the distance, creating a haunting, mystical quality to the bird’s presence. Being our beloved night songbird, Ruru invites us all to take life at an easier pace. Rest & Relaxation at last!

Leading composers say that even after a lifetime of creating music, they question whether they’ve created anything as beautiful as the pure, spontaneous song of a bird. UCA gives our native birds pride of place, reminding us of humanity's humble role in the greater scheme of things. The UCA forest-orchestra also reminds us of the power of music to lift and transport us to another world. Children! Care for our planet and fly high.